I worked on this project a number of years ago.  I'm hoping that I will be able to get a hex board built for these 1/72 scale Airfix models.  I had a read of the rules, and honestly if I can understand it in one reading then anyone should be able to play it.

I'm hoping to get this running at the Blind Pig, maybe December but more likely next year. 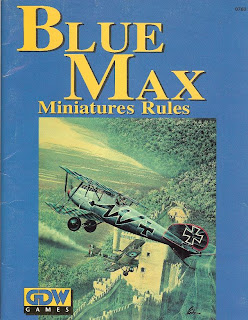 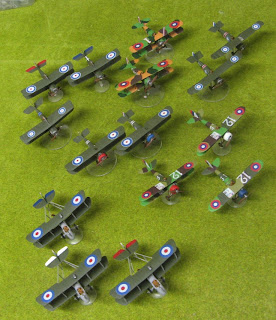 These are my allies.  The early period has the DH2. 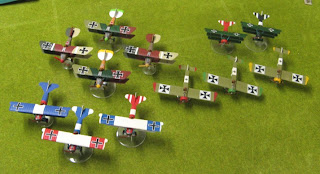 Sadly my Germans are lacking as many aircraft but I will work on that.

I see the Hobby One has the Re8 and Roland two seaters which I shall have to get.  Not sure how I'll do balloons yet.  But I love a challenge.

I do have Wings of War, which is the card game (although they now have aircraft).  The aircraft that has been produced is of a small size, not sure the exact scale.  They aren't cheap, but then I have been looking at other figures, and when you factor is that you have to build and paint them, the WoW aircraft probably aren't that badly priced.  So I may be able to do Blue Max in a smaller scale, but will see what happens.
Posted by John McDonnell at 11:59 PM