Napoleonics in play - A Win!

OK I am down to having to use my video camera to take photo's which means the quality is not great, but at least you can get the feel of why Napoleonics can be seen as a fun period to play.

This was my Prussians versus a British force.  The British list included some odd pieces of ordinance, a rocket battery and mortar team.  The terrain placement was constricting, which I think helped me, as it hampered the British cavalry which I always seem to have problems trying to deal with.

So I recorded a rare win!  Thanks to my regular Tuesday night opponent Andrew.  I'm sure my win was just an aberration. 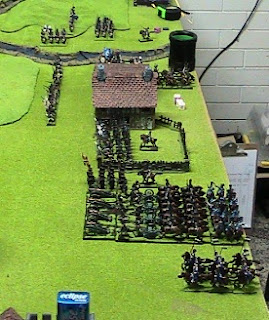 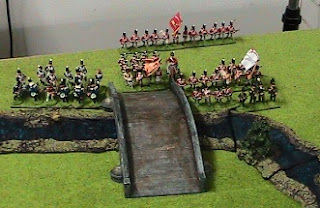 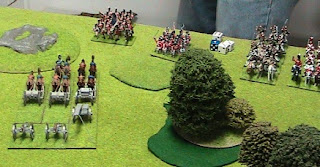 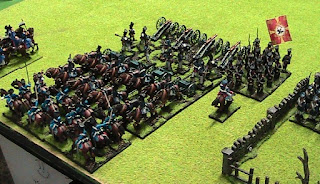 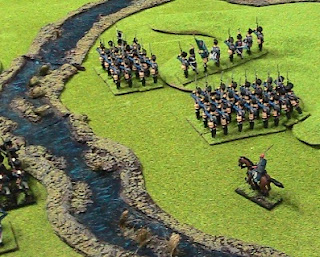 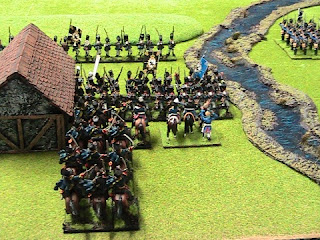 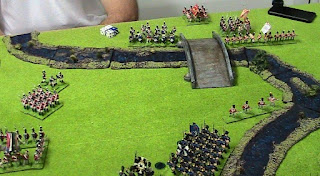 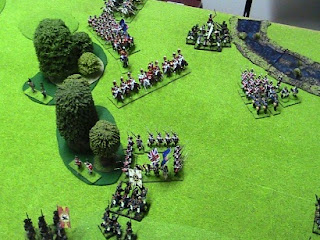 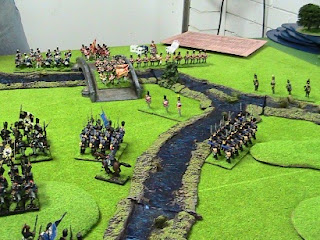 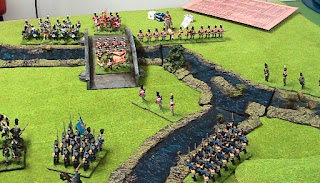 Posted by John McDonnell at 2:49 PM No comments:

Happy Birthday to my beautiful daughter Dana who turns 16 today. 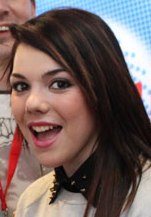 Posted by John McDonnell at 3:27 PM No comments:

Star Wars - A Project of Madness

It has been some time since I have posted.  Life has been very harsh and unpleasant and I have only recently taken any interest in my blog.  I have not lifted a paint brush since last year, and it's still annoying me no end that I still can't find the desire to paint.

Instead I have turned to the hordes of prepainted figures I own.  Star Wars is the first in line for a little madness in the form of my own rules and basing.  Below are the figures of the armies I've cobbled together.  OK they aren't true to the Star Wars Universe, but I've had to work with the figures I had, and it was hard trying to come up with 8 of each to make an element.

Armies will only be 12 elements in total (I wonder where I pinched that idea from). 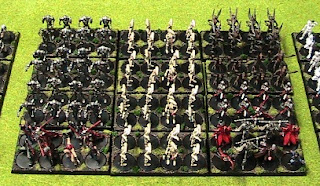 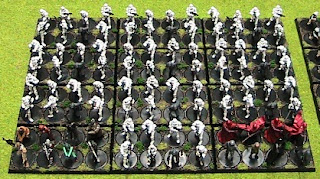 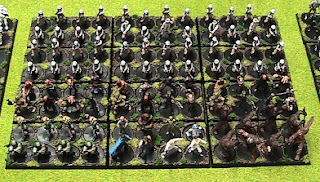 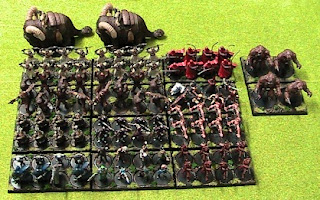 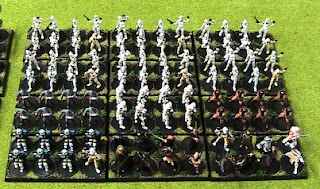 Posted by John McDonnell at 2:14 AM No comments: