Since the June 10 I have been using this useful tool Board Game Stats to record the games I've played and the people I've gamed against.

It helps with but identifies the social isolation I have.  40% of my games are solo, hardly surprising, with 32% being two player.  62% of my games are played at my residence, which includes essentially all the solo games.  44% are played on a Saturday which is the day the Blind Pig Games Club runs. 25 unique board games have been played, now that was pleasing to note.  12 out of the 25 games played I don't own.  The largest player count was 7 people playing Steampunk Rally.  Viticulture plays 6 maximum and while the count is 8 it reflects the 4 plays the game has had with differing groups of players.

In the end I can feel happy that where I initially thought I got very few games it turns out I've played 65 since June.  Yet when I look at the other statistics it still frustrates me that I only get games at the club and the occasional game outside - usually with one of three persons.  Solo games are what whiles away the many hours of isolation.  The problem that will only worsen the older I get.

I find that the App is useful.

Posted by John McDonnell at 2:43 PM No comments: 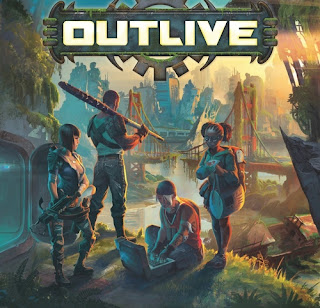 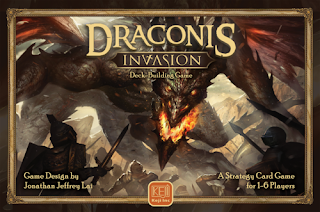 The Hon. John
Posted by John McDonnell at 10:40 PM No comments: 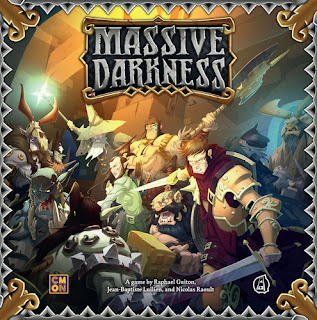 Link to BGG is HERE for those who want to know more about the game.

This week my old rebellious retainer appeared for some games (he said something about being on holidays).  He brought along with him Massive Darkness, and massive is an apt word for the game and its contents.

The game play is fairly standard for dungeon delving games.  What marked it as different was the player board - a hard plastic tray to show what your characters are equipped with and their experience points tracker.  I liked this purely for the fact that the options were all there for all to see, the experience tracker certainly beats having tokens by the dozen to spend when needed.

The dice are the game breakers in this game, you can never have more that 3 die regardless of how many extras may be generated by equipment cards.  Level 2 and 4 treasure cards were from what I could see the only ones where there were set collection equipment, level 2 had the Kings set (armour, weapon and item) where the level 4 had the Knights set (again I think it was armour, weapon and item or it may have been another piece of armour).  I obtained the Kings set and never really found another combination of items that changed my game play.  This was with my sorcerer who essentially acted as a warrior-mage, never used any magic!

The light and dark zone mechanic was an interesting concept with some abilities only working in either zone tile.

In a nutshell players would activate their characters in clockwise order.  This proved to be a pain, especially when you wanted a particular character to activate first to obtain an advantage in a certain situation.  Players could move, open doors, obtain chests, initiate combat and then spend experience. (Not in that order.)

What frustrated me until I started to see the mechanics of the game was that while you may finish a particular scenario with high level treasure items equipped, you had to have items that could be equipped at the level of the highest character in the group.  For example you may have worked your way through and obtained level 4 items, but the highest level character is 2 - when you start the next scenario you could not equip straight off the highest level items, you were restricted to level 2 only.  While during play you could hold as many items as possible, at the end and before the next game, you could only have the three pieces equipped on your player board plus up to 6.  We found that in our games we had to have and keep items of a lower level for when the circumstances required it.

The ability to use/equip items came from the board section that had activated.  Certainly racing to a board section to active your level 5 items might seem like a good idea, but it also means that the monsters activated are then level 5 and great roaming monsters than if you were still only on level 2 activation to start with.

All up the game had some game mechanics I liked and would incorporate into other home made rules, playing the scenarios as a story is by far the most rewarding way to play the game.  As this was the only way we played I couldn't comment on the other play mode.  What sold me on the game was the miniatures, I believe the set I was playing against was a Kickstarter set, so the monsters were plentiful.  The difficulty I had with the figures were that they literally could not fit onto the board sections when in play, especially if you had 8 of them!

If I were to get this game it honestly would only be for the miniatures.  The games replay-ability is limited in my opinion, there are cheaper dungeon crawl games out their.  The colour green and blue were poor choices when it came to printing on the cards, very hard to differentiate what colour was to be used.

The Hon. John
Posted by John McDonnell at 10:24 PM No comments:

Writing has been fun, but slow and it's sadly going to get slower.  My lowly laptop is about to die, it's performance is fluctuating and as a penniless pensioner I've had to limit my time on the machine in the hope of getting it to last the distance.  I've been doing written notes and such, but I really hate reinventing the wheel - twice.

However with that aside my last recorded effort is 30, 460 words or 50 pages of A4.  My story plot has been developed, guidelines with an all too many deviation "set".  It's been fun to date, my index cards keep growing as I spend my time now creating my reference setting.  I'm finding that I need to update the cards as I write as there is nothing more infuriating than starting to write a section only to forget what it was you had written before and then searching (at this point of time) 50 pages.  Consistency is important, especially when you have a proof reader pointing out the anomalies you are creating.

Humid Queensland is the working title, though I'll probably change that when I'm finished. 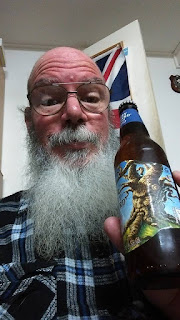 Currently having a quiet drink with my ego, an appropriate drop "Angry Orchard", lovely bit of artwork on the bottle, so me.

The Hon. John
Posted by John McDonnell at 12:24 AM No comments:

A good day today, got in five excellent games with great people.  I got in a game of Epic Card Game, Stormweavers, Viticulture, Steampunk Rally and Machi Koro: Bright Lights, Big City.

The new game played with 7 players (can play to 8) and it's rare to find a game played where nearly all the regulars could get into the game. 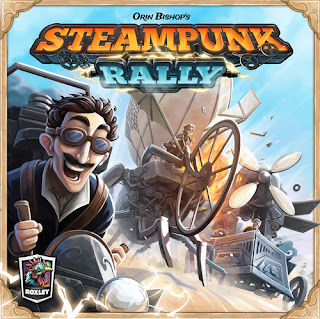 Link to BGG HERE for details on the game.


Was really immersed in my games today and didn't get to check out or take photo's of other things happening.  There was 40K in play, Battle for Calth and Horus Heresy.

The next Blind Pig is September 2nd and will be an open day of fun and games with alcohol.

The Hon. John
Posted by John McDonnell at 1:19 AM No comments: