Some time ago I decided that with the changes made to WFB I could no longer keep up maintaining my many armies.  So what I did was change them all to HotT (Hordes of the Things) armies.  I think it worked out OK in the end.

Tuesday night is usually my Napoleonics night but my children are working and my wife and distressed me, so I'm playing a solo game with myself.  Firstly to reacquaint myself with the rules, I haven't played a game since early 2000 sometime.

So the Undead were:

The Human Imperials were:

Below are shots of the action. 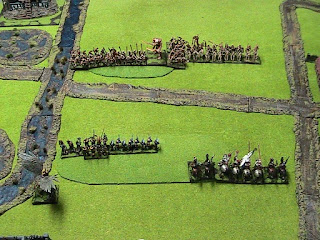 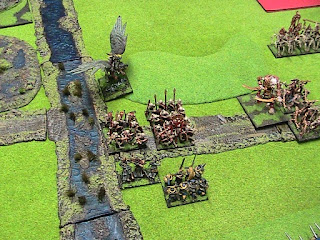 The Aerial Hero takes on the Behemoth and forces it to recoil.
﻿ 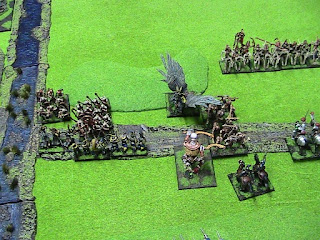 Meanwhile on the right flank the cavalry were hacking to and fro. 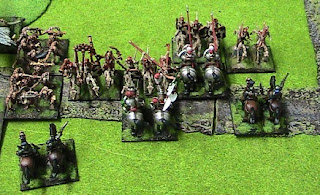 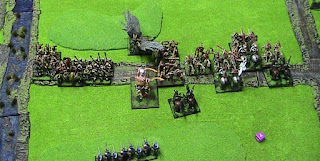 The death.  The shooters caused the Behemoth to recoil, it couldn't and was destroyed.
This gave the Human Imperials the victory.
﻿ 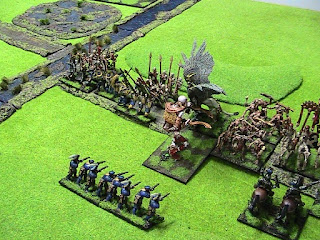 Posted by John McDonnell at 12:46 AM No comments:

Thanks to some friends at the Blind Pig Club I have found a spark of inspiration to start painting again.  I played last club meet Adeptus Titanicus and it was a blast.  This stirred me onto relooking at my EPIC armies.  All my other armies are directed to NetEPIC (which I prefer), so I've found enough figures to make a Epic:Armageddon Ultramine army.  Still a work in progress but you can see it's mainly infantry to paint now.  Sodding bloody infantry... 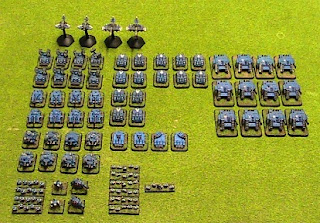 Those below are my Titans. 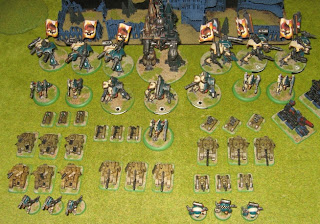 Posted by John McDonnell at 11:51 PM No comments:

My little dash of happiness (even if I don't win) for the week.  Prussians versus those dastardly french (yes I always use lower case to refer to them).  Two games had on the night - 1600 points based on the WRG rules.  First game I called as the terrain really screwed me over and I just crumpled.  Second game was closer but I think it would have ended in a french victory although it was called a draw.
Two batteries of artillery really put a crimp in my day (or night in this case).  Any attempts of the cavalry to rush the guns would have spelled disaster.  So a slow slog of infantry in column to chase them off was only half successful.  It also left my flanks somewhat open to pernicious french attention.  Thanks as always to my friend Andrew Ross for entertaining me. 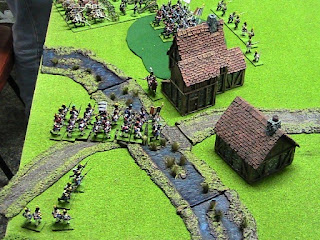 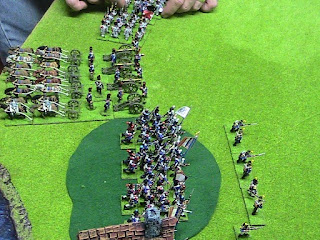 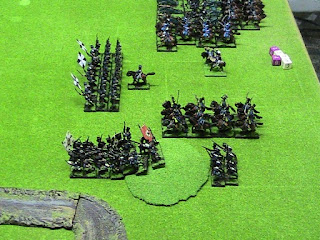 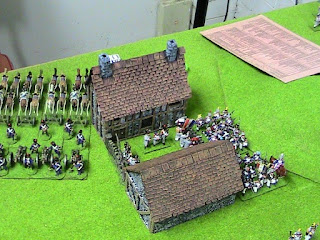 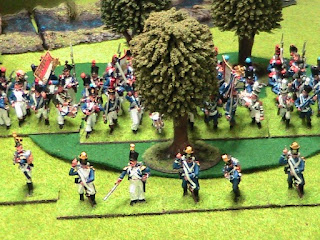 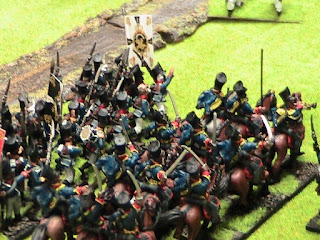 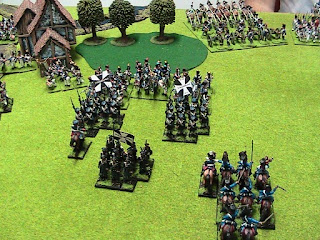 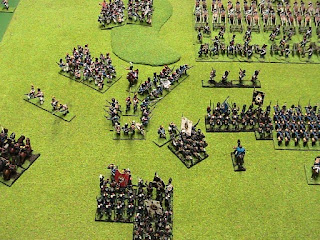 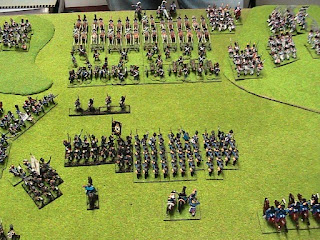 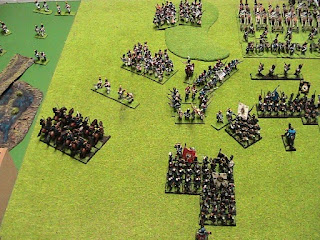 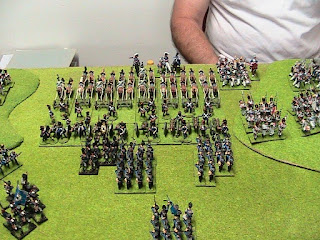 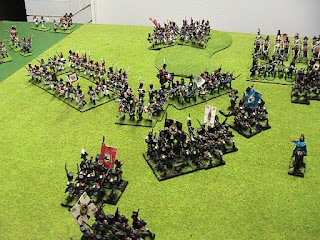 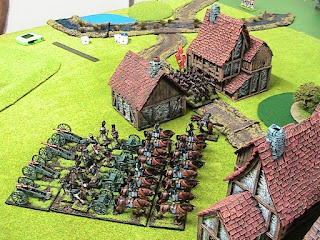 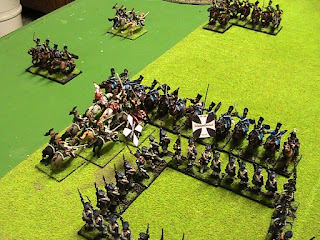 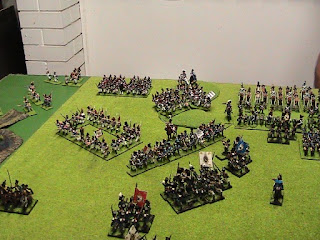 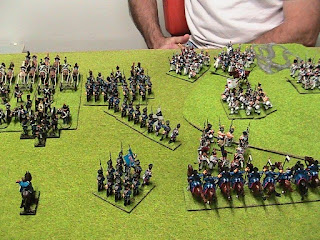 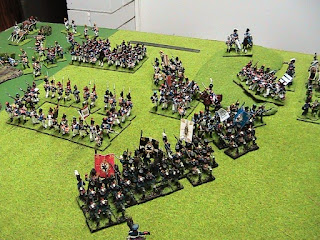 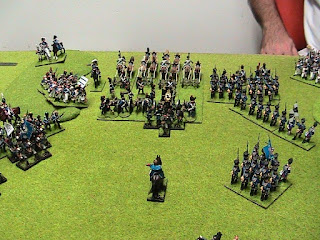 Posted by John McDonnell at 3:53 PM No comments: