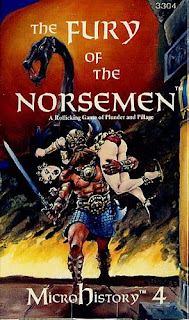 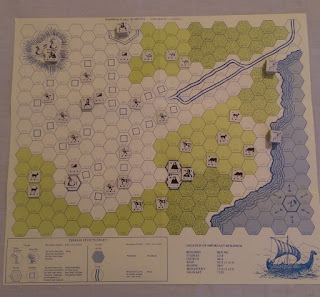 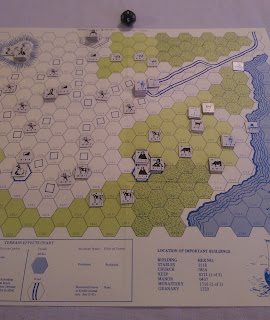 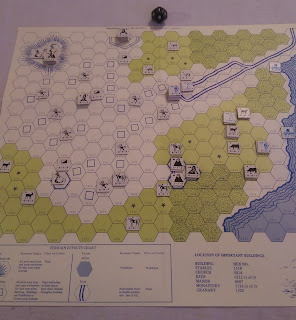 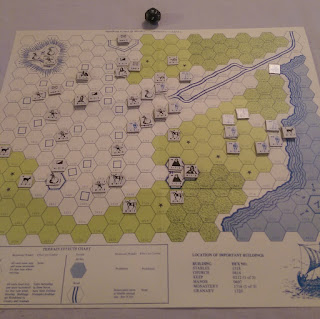 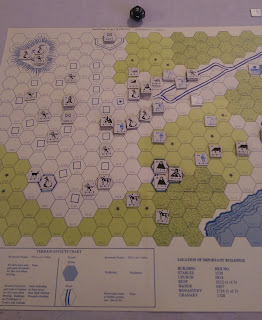 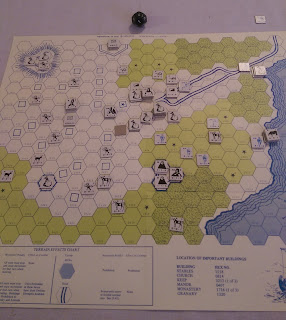 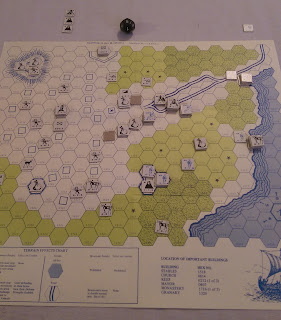 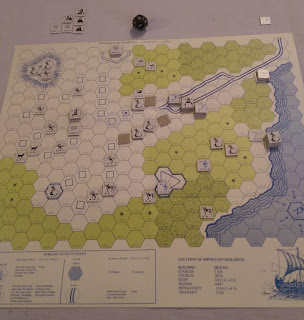 The Hon. John
Posted by John McDonnell at 8:11 PM No comments:

A matter of perspective?

It’s astounding, time is fleeting
Madness takes its toll
But listen closely, not for very much longer
I’ve got to keep control
From Rocky Horror Picture Show

It’s just a jump to the left... it appears that games and a growing number of people who play them are leaning that way?

From a perspective over time I can recall the hysteria whipped up in the early 80’s when Dungeons & Dragons came to popularity and the attraction it had to all sorts of people.  People who played “wargames” were targeted as warmongers (probably what is referred to now as Far-Right), role players as satanic practitioners (the Goth subculture), which were for the most part incorrect, though I can only say this from my personal recollection of the time.  I can certainly recall a store in Brisbane being picketed by the rabble screeching against war, though my memory is hazy about the exact details.

I have noticed in the last few years and most notably in the last year that the label of inclusivity and diversity has begun to creep into games and culture.  For example Shut Up & Sit Down made a complaint that Istanbul had no artwork depicting women (at time 21:08 onwards https://www.youtube.com/watch?v=Cq962mpwm8o&t=641s).  The Dice Tower review of London (at time 8:40 onwards https://www.youtube.com/watch?v=bTpSY7GR0O0) had issue with the use of paupers (poverty I’m assuming) in the use of a game mechanic.  These are just two that come to mind, I’m sure I could dig around and find others.  Of course where would we be without the cry of “where are the females” represented in designers, artists, players etcetera and of course I’m now waiting for the “where are the other genders” represented in gaming - they have to be included surely.

When I look at a game I am looking for entertainment value and the concepts of diversity and inclusivity have no meaning at all, nor should they.  What is the world coming to? I saw that Colditz was reprinted and the swastika was replaced, where the original had it printed (yet you can buy Mein Kampf at any good bookstore).  With the hysteria in the USA over the Confederacy flag will games be required to remove the symbol because it’s been perceived to have been hijacked by an element of society viewed poorly by another?  Games that reflect colonial expansion are now being seen as distasteful, regardless of whether the game is actually good, but where do you draw the line?  Will Germans come to an opinion that they are tired of being viewed as the perpetual bad guys in historical wargames, and as a result will we have to remove or ban such content?  Could we see Thought Police who interpret harmless aspects to have more sinister motives, such as some people who see children’s stories or cartoons through tinted glass of their own bias?

J: “People are smart. They can handle it.”
K: “A person is smart. People are dumb, panicky, dangerous animals. You know it.”
From Men in Black

The notion that by removing currently viewed distasteful artwork, ideologies and such from view to discourage upsetting people is hypocrisy.  People get upset over whatever their personal compass is, and people are individuals, though I fear the herd mentality seems to be the norm - especially with social ostracism if your opinion is contrary to the horde.  So what one day may be viewed as distasteful becomes trendy and avant-garde the next and vice versa - the continual cycle of hypocrisy at its best.

When I first became aware of my social responsibilities I had it drilled into me that you never talk politics or religion while in company - excellent advice for my time but today that does not seem to be the case, everyone has an opinion and they believe it’s their right to impose it on you – whether you want it or not.  I have sat at a table to play games where people have decided to discuss religion or politics and it has been made abundantly clear to me which side of the socio-political spectrum they side with.  I have learnt not to express my opinion, I’m “shouted down”, advised it’s not relevant, or what is more galling is “it’s not your fault it’s what I’d expect from you and your age group.” It is best that all concerned keep their opinions to themselves for the sake of harmony rather than confrontation.

I’ve rambled again; let’s get back to my article.  A game that is created should be freely able to convey to its audience whatever theme or artwork that is relevant to its design. It should not be monitored by some Thought Police who have decided it’s their responsibility to say what is or is not acceptable.  Whether the game is successful should be decided by its mechanics and whether it has achieved it ultimate goal of providing whatever outcome it purported. If a person has issue with it, then don’t play it or buy it, it’s that simple.  I believe that by keeping issues in the open for people to see is far better than banning or removing it from view.  By reminding people of the history and issues relevant to them, you can better understand the world and hopefully improve on it.

What can be done about the growing trendy left who play games - nothing.  Who chooses to play games based on their socio-political compass should have no basis on enjoyment.  I find that people of similar values will clique together, so it’s not an issue.  Where you have mixed values then it should be made clear that you are here to play a game and enjoy it (the game) and the company or competitive play of others.  I’m sure that a person will be uncomfortable or outraged by open “warfare” of opinion, so keep it sealed – there are plenty of other forums that you can vent socio-political opinions so don’t ruin a good game and company by stirring the pot.

Addendum: I debated for a while about this article.  I originally penned it on the 19th October, and it's had quite a few rewrites since then.  I'm sure that someone will take exception to what I have written, but this article is from my viewpoint, which is not going to agree with everyone - and that's the point.  Don't agree then that's your prerogative.  However people today need to be mindful of others, and that's not just from one point of view, but all sides.  I want to enjoy my hobby without the reality of the current society we have ruining it.
Posted by John McDonnell at 12:18 AM No comments: 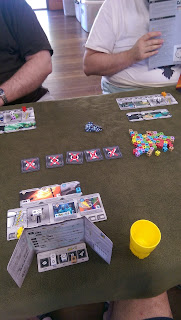 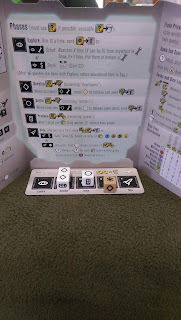 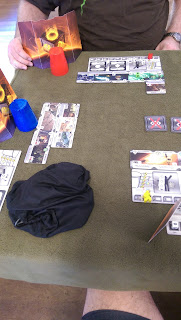 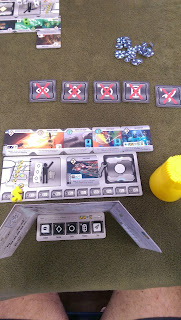 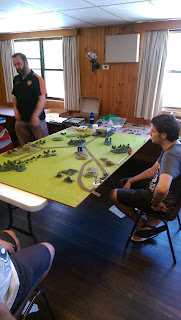 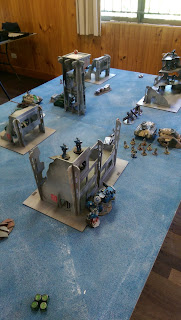 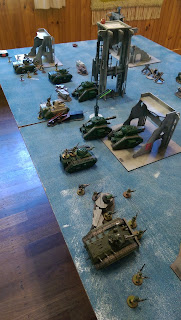 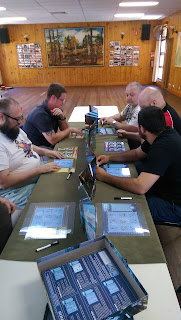 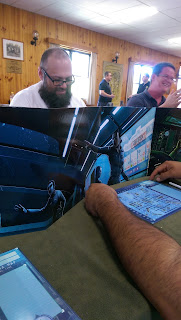 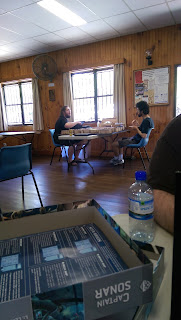 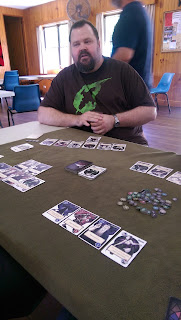 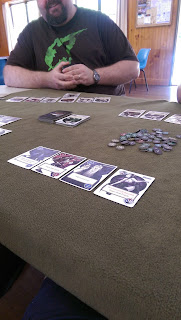 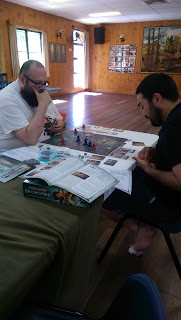 The Hon. John
Posted by John McDonnell at 11:50 PM No comments: