I have managed to survive another birthday... just, and it was promising to be such a good day.

It is that time of year again when it is a most dangerous time to be me.  There are only two times a year, around 2nd July and the Christmas to New Year period, oddly enough with a six month time period between.  This of course makes one wonder what the cycle would be like had my birthday been closer to the end/beginning of the year? 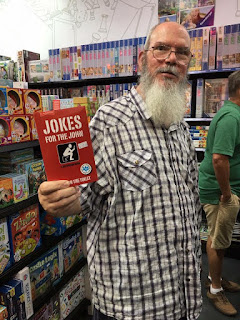 Everyone has the pressure of living, they have their own worries and concerns, and those of strangers aren’t theirs to be concerned with.  Yet we see the charities and organisations that deal with mental illness extolling others to be mindful and care for those who are afflicted with these maladies.  I know that it is a rare individual who will do that, and the many that do are generally afflicted with the malady themselves.  People do not want to know if you mentally unwell, big difference if you have a physical illness, you see people literally rushing to help you.  There are fund raisers to buy a special piece of equipment, or a specialist treatment in a foreign destination for that rare condition.  A person who suffers from the silent and not visible mental illness gets none of that attention.  The only time they get any notice is when a loved one or stranger finds their body after tragedy strikes.  It is then that people start asking questions about how or why things happened the way they did.  It irks me no end that whenever a celebrity comes out and confesses mental illness the world shows support and compassion, but for the average or poor person there is little if any.  At worse those who are relegated to a pension are seen a leeches, bludgers on the welfare system which further worsens their already diminished grasp on life.


I live my life the best I can with the limited resources I have.  It is getting harder each year to see any light at the end of the tunnel.  The basic necessities of life are increasing faster than any increase in the pension (electricity in particular).  My lot in life has always been the carer, the problem solver, the Deep Thought (listen to Hitchhikers Guide to the Galaxy for the reference) of my family and to many people I know.  This has been a burden I have born with the knowledge that my afterlife will be a far better place from the deeds I have done here and now.  Yes Virginia dear there is an Afterlife.  I won’t debate that issue any further as it would fill pages of dialogue.  So the burden has been heavy and wearing on body and soul to the point that any positives have been outstripped by the negatives which now fill my everyday existence.  Quite literally I am tired of this pathetic plane of existence and the people who scurry around, manipulating each other for a few more dollars or advancement up the corporate ladder, to have more shiny things than someone else (though I’m guilty of this, but only because I’ve collected for so long), of whose religion or god is more deserving of worship than others (mine of course) and so on.  I can no longer watch the news or current affairs shows without literally shouting at the inane presenters at their lack of intelligence and moral rectitude (oh they have it, it’s just wrongly placed). 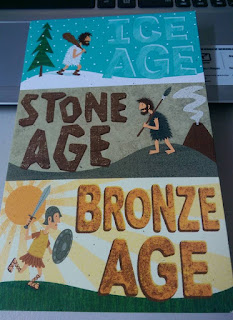 Yet I struggle on wondering why I do so.  My therapists always ask “you’re not afraid of death”?  To which I always reply that death holds no fear for me, pain does, and pain has been my greatest fear since I’ve been a child, but that has now lessened over the years as I have more and more surgery.  Mind you it is always easy to make a statement as bold as that until you are actually given the choice.  Would you actually take the choice if given it, well I have and failed a number of times already so I guess that answers that question.  I’ve survived though I’ve had to be in a position of extreme duress, yet still in possession of my faculties.  That is what sets me apart from the other situations, when I’m irrational and under duress the desire for self destruction does not occur.  I literally have to be able to have a functioning cortex to think and enact my plan to be able to carry it out.  At least that’s how I look at the matter.

I am now writing this on the 3rd July and without fail the Curse is working its magic to sap any happiness that might have been building.  On that day my daughter fell sick and remain ill, my wife broke an expensive item, the stove broke and the roof continues to leak. So I now feel extremely guilty over having had the audacity of having spent money on myself and enjoying a brief moment of happiness.   It seems that I am destined not to know what happiness is, I may glimpse it for a briefest of instances before it is snatched away by the vagaries of the mundane world.  The tears I have shed over my lifetime would have filled a bathtub by now.

I exist and that is all.

Posted by John McDonnell at 3:18 PM