Yesterday (being Sunday as of writing) was the first of two meets for the Pig for this month.  The weather here has been on again/off again rain pattern, but it has at least been pleasant and cool.  At present with Paul having had a scare of a heart attack/stroke, I have changed my routine to arriving early, setting up and then with Pat heading on round to assist Paul getting the trailer and boxes ready for transit to the club.  Thankfully it did not rain on us.

First game I played was with Pat and it was One Deck Dungeon, hilarious and fun interaction with Pat.  Flipping cards to find the most horrible of tests, lack of dice, then just failing by 1 pip!  Lost our first game, won our second (all the way down to the final boss, Level 3 characters made us more effective).  Must get this game when I can.


I had arranged in the week prior to play a new acquaintance (Mark) 6th Fleet, but family and life in general conspired not to be accommodating, yet Mark was able to make it to the club on Saturday and I enjoyed two cracking games of naval warfare.  I believe we actually played 5th Fleet (there also being 2nd and 7th Fleet titles by Victory Games).  The game hearkens back to the tactical wargames of my youth, which to be honest were all that were really available.  The modern plethora of board games didn't have a large following, and the range available was poor.

First game was a submarine engagement, Russian versus American.  I was very lucky in this game with the die rolls, and Mark had some pretty consistent bad rolls when he was a shoe in for winning.  The second game we played was a little more complex, I opted to play the Iranians as they had the smaller number of units to deal with (I was learning this game as we went) versus the might of American navy.  Having played this scenario, I'd certainly play it again, now having mulled over how the Iranians could have stopped the Americans from obtaining victory.  I did sink four ships (one task force), damaged a fair number of tankers, however the inevitable loss of fighting units to deal with vastly superior number of American units was an uphill battle.  Still I enjoyed myself, Mark again had some horrible dice rolls, which allowed me to survive a little while.  Looking forward to some more games in the very near future. 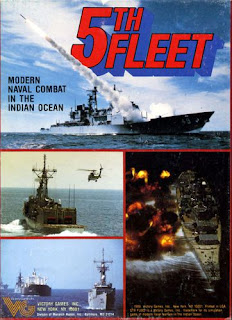 HERE is the link to BGG for further information.


While I was engaged with the intricacies of old chit & hex tactical warfare, here is what the rest of the club was up to on the day.


I didn't have time to head count on the day, was rather engrossed with the games I was playing, however I believe attendance was good.

I have to thank Mark for parting with his copy of Attack Sub.  I'm off to see my friends at Games World (Carindale) today to acquire some sleeves to protect and thicken the playing cards in this game. 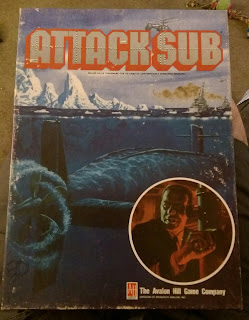 So all up a very good day of gaming.  It was sad not to see our regular James as he has a car problem and spent the day at the car auctions looking for a replacement vehicle.  Talking with him online last night he indicated he was looking at a landcruiser. I hope his car troubles are solved and that he attends our next meet on the 24th March.

I got home to a very excited dog who misses his master. 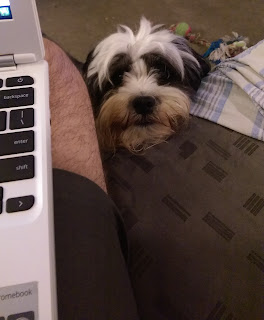 Till next time.
The Hon. John
Posted by John McDonnell at 1:54 PM