Heroquest, Advanced Heroquest, Warhammer Quest - call it what you want.

Thanks to my friend Michael S and Mantic with the Dungeon Saga dungeon crawler style game I have been searching through my collection, trying to find everything I have and working out what I want.

It was not an easy task.  More frustration than success and I realise there are gaps in my collections.


People may wonder why I have requested a price I'm willing to pay.  Yes these figures are out of production but they are far from rare.  I really can only consider Australia sellers as the postage costs from overseas breaks the price expectation, I'm sure my UK friends won't part with them for 50p just to offset the postage drama.
Posted by John McDonnell at 3:30 PM No comments:

Rain, rain go away, come again another day.
Yes it rained but in the end we had 36 people (maybe a few more we missed) who turned up for the day.
Pat, our Master of the Keys was sick today so setting up was a little later than usual, but in the end all good.

Dystopian Wars (thanks to Peter F for coming along and keeping the flame of a very much fun game alive)
Battle Fleet Gothic
Warhammer 40K
Warhammer Fantasy Battles (must ask Tim what the result was)
A Game of Thrones LCG
Dungeon Saga (test play of Alpha rules from Mantic - yes it is fun!)
Marvel Dice Game (not sure the exact name)
Lords of Waterdeep (yes, a rare occassion by I, John McD, actually won the game, yes everyone is still wondering how)
Sentinels of the Multiverse
Deadzone

Next meet is 13th September 2014, remember that it will be the Geoff Jose Memorial Warmachine Tournament. As far as I am aware the day will be devoted to the event, so other tables won't be available for other game play. (Paul may speak further on this)

Below are pictures from the day.

Posted by John McDonnell at 12:37 AM No comments:

Have finished the bunk house for my mate Glen.  Have now started on the farm house.

Should have taken a "selfie" of myself today.  I've got a severs case of lung rot and I had a face mask on to stop any fine particles adding to my hacking fits.

Here's the step by step photos.

Posted by John McDonnell at 1:51 AM No comments:

I have been asked to build some buildings for an upcoming Wild West game that will be coming up soon.

I have to produce a Farm House, Bunk House and Stable/Barn.

Here is what I have done today.  I confess that it has been a larger drain on resources than I had planned.  I think the other buildings will be shell frames with the details on the outside.  Still happy with the results.  Yes it still looks rough, but the Western buildings were not built by master builders in the days.  They were drafty, vermin infested and would not pass building codes today.

So enjoy, and look forward to more. 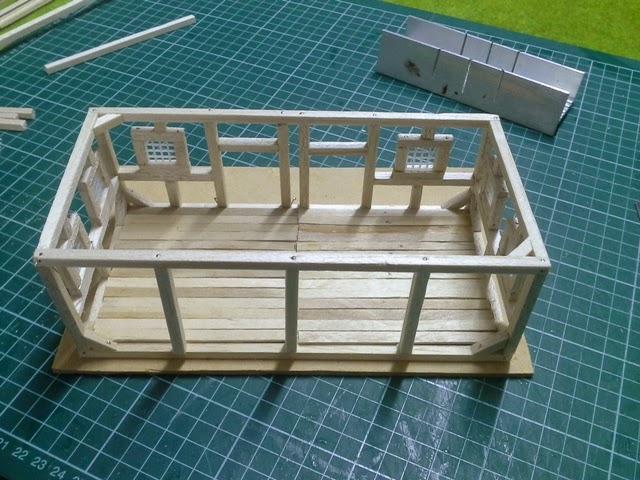 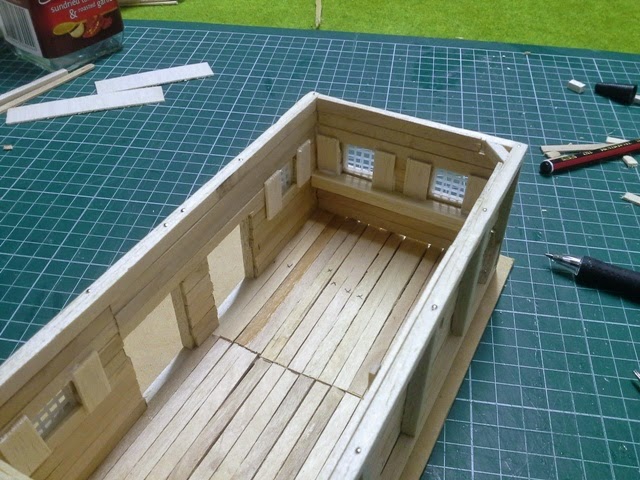