A back breaking day today.  The club hosted a 40 player Warmachine Hordes team event.  Was the first one at the hall on the day, and had the tables all set up and ready for the table tops by the time the first players started to arrive.  Was having some anxiety as I started to run low on the tables, just scrapped through with enough to spare for the regular players.  Would have had some sixty odd people there today, a very good turnout.

The group that I normally affiliate with play board games and we gamed four new games today.

First up was Tortuga 1667.  Check the LINK with BGG to see more information on the game. 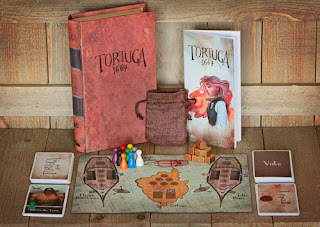 Played two games.  First was between Pat and I as we learned the rules I won this two player trial game, but we learnt from our mistakes so that the seven player game later played more smoothly.  Would have liked to play another round, but someone opted not to.

At the time the first game was finished the regulars had arrived and A Feast for Odin was played.  Check the LINK with BGG to see more information on the game. 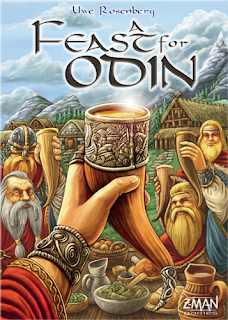 A good game that while starting slow picked up with speed as people became familiar with the game mechanics.  I came last, having to take off 52 points from my score sort of settled my game.  Must have a read of the rules.

Abandon Planet was the next game played, seven players battling it out. Check the LINK with BGG to see more information on the game. 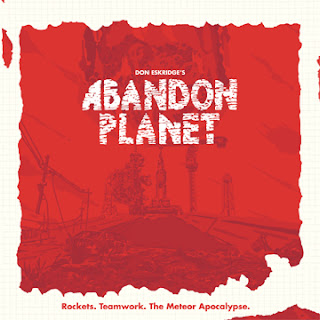 A very interesting game is all I can say, it's OK but not sure if it's my cup of tea.

Last game of the day was Thief's Market.  Check the LINK with BGG to see more information on the game. 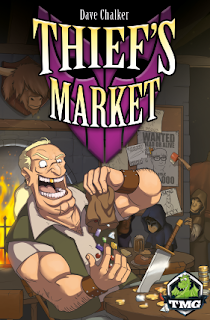 An aggravating game where vindictiveness can become hampering.  I'm not particularly happy when an attitude of if I can't win I'll do everything I can to stop another.  Yes I won this game but only just.  I'm not known to be lucky with games, and winning is something I see very few times.  Vindictive behaviour really spoils my life and does little to help those with severe mental illness from moving forward. I sometimes just want to walk away from it all when this happens.  I'll get over it, but it takes days to re-balance my life.

So the club had a good day, I not as much as I'd have liked.

The Hon. John
Posted by John McDonnell at 1:57 AM