In Memory of a Friend

It's a strange world of coincidences that we live in.  Just recently I posted a top 10 list of games I played  of which the top 2: Air Force and Battletech I played with my dearest friend Shane S who has sadly been dead for a number of years now.  Just a couple of days ago his son Aidan contacted me, and surprised me firstly by the contact after so long and secondly for the fact he plays games, in particular Battletech.  Both my children have shown no interest in my hobby, though they do play video games, but then most children of this current generation do. So as part of my rambling posts and as a post to remember my friend I'll post my Battletech collection and some of the papers I've found I still have from our past. 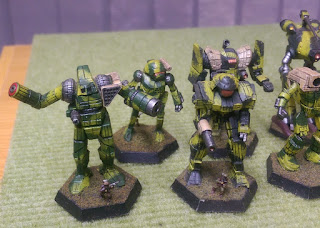 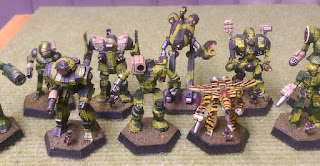 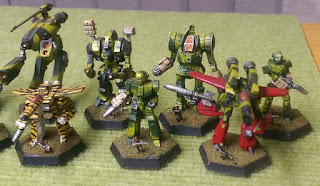 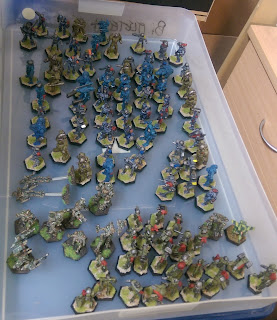 Many of these I've had since the game first started producing lead miniatures.  I did have the first plastic miniature sets, but I believe these should be with Aidan, if he has kept his fathers collection, as I gave them to Shane at the time. 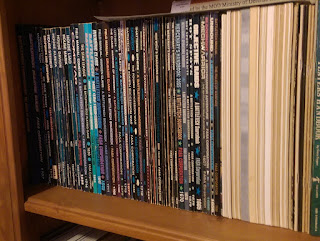 
In summing up:
It is a problem when you develop a relationship with a person who is a friend and a mentor, but is also a person by which you set your standard for gaming entertainment.  I've been spoilt by the years I had with Shane in playing games with him, and to this day I have not found one person who has been able to match him in genius for campaign development, creation and detail.  He was a person I was eager to go and play games with whenever I had to chance to, probably much to the chagrin of his wife Cheri, but certainly to the delight of his son Aidan who was still a baby at that stage.  Aidan would sit happily on my lap while I entertained him as his father and I played games.  So back on topic, my problem is I have not found a person to replace Shane, and I doubt I ever will.
Posted by John McDonnell at 10:46 PM