Part of the joy of Pulp Alley is the ability to recycle many of the older figures I have for other rule sets that have fallen into disuse.  At present my Darkest Africa range is getting a good work out, but one of my preferred haunts is Victoriana.

There have been some decent television shows of late that have spurred me on to think about a host of plots and adventures.  If you haven't seen any of them I'd suggest you give them a watch, but then my tastes aren't common.

Who's taken over the Asylum?  Recently I started reading a series of books by James McGee, his first book was titled Ratcatcher which I enjoyed, his second which I am part way through is titled Resurrectionist.  These novels are set at the time of the Napoleonic Wars so well before Victoriana.  However more than enough material there for those looking for plots.

An unnamed League as yet, but clearly a master surgeon, his stunted servant (Igor), and the inmates of the Asylum.  Oddly when I think of Igor my mind wanders to Terry Pratchet and his wonderful Igor characters he populated the world of Discworld with.  Mine will probably follow suit in that regards. 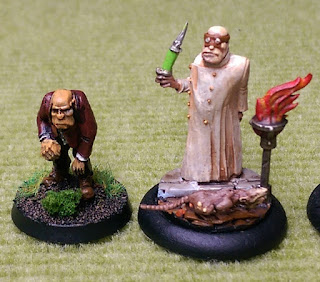 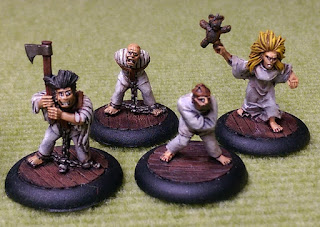 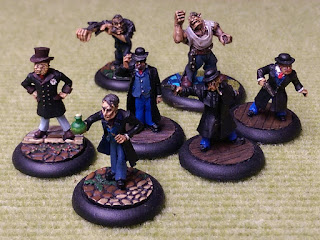 Still working on who will be what but the models all nicely complement each other. 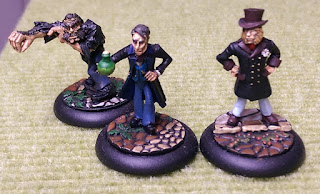 The leader and sidekick, with the Hyde model lurking in the background.  The sidekick model reminds very much of the character of Dr Bell played by Ian Richarson.  I've included the link, watch the series if you have not had a chance, excellent in my opinion. 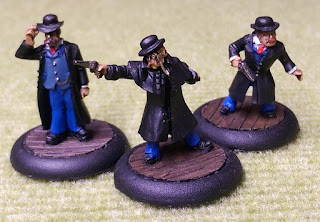 These lads I intend to call Thompson, Tomson and Tompson, as a homage to Tin Tin. 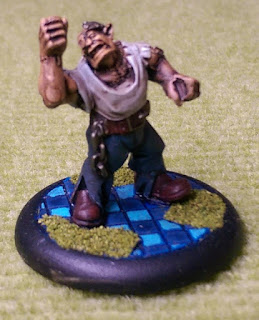 A failed experiment? I was going to have a British Bulldog, but I really do have problem with animals going for plots.

So these are on the drawing board at present.  Who knows they may even be adversaries of Lord Wishart for visiting chums!

Till next time, cheerio.
Posted by John McDonnell at 10:30 PM