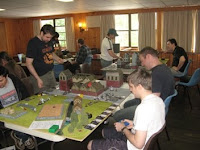 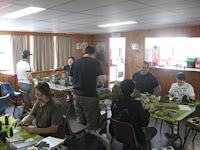 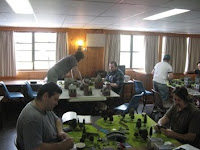 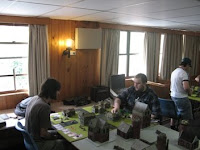 Late last year I was approached by Luke of The Phoenix Forge. He wanted a man who would be willing to run events for him. The end result was me taking on the role of event organiser for Mr Luke.

The first event of the 2011 calender was Stone Fever, a Malifaux tournement. I did originally have 12 people, but in the end 10 made the day.

I was very happy with the event. The people were a dream to have as players, and I'd love to have had the opportunity to play any of them in a social setting. So thanks to everyone who player, The Blind Pig for the venue and The Phoenix Forge for the prize support.

So for a $15 investment people made at least a $5 profit on the day.

I look forward to next years event. Maybe doubles?
Posted by John McDonnell at 6:08 PM